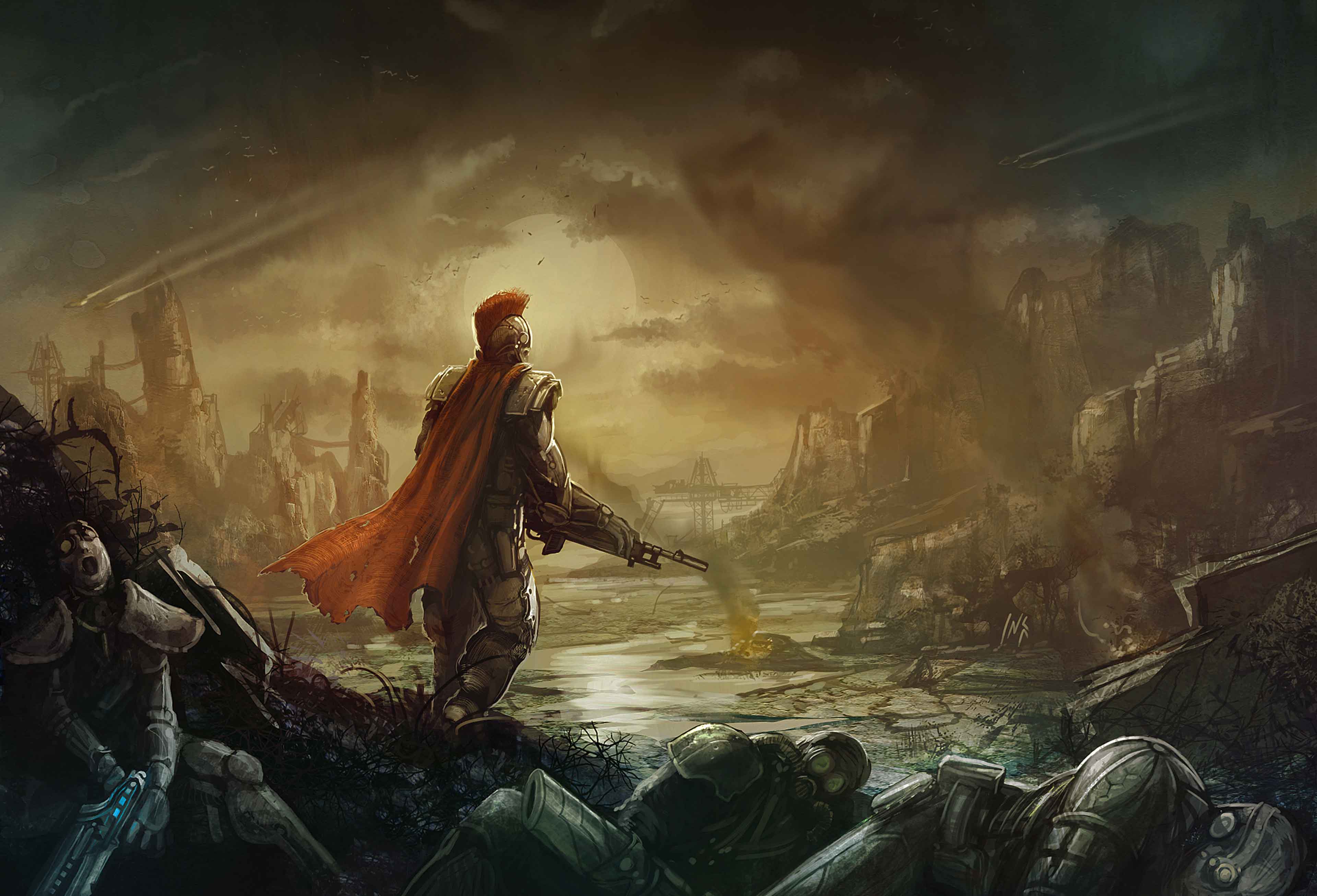 The old world burned away in the fires of nuclear holocaust. A self-imposed apocalypse brought about by humanity’s hubris and greed. Generations dwelt in darkness and fear, till the children of the new world sought to reclaim this irradiated hellscape their forebears had created.

Championing this initiative are the zaibatsu, corporations of unprecedented scale and power who built protected city-states to house those willing to facilitate their designs. They are vultures, feeding off the corpse of the old world to line their pockets and secure their hegemony.

Holding their leash are the Dragoons, bio-engineered warriors with a fixation on martial perfection. Tasked to shield and shepherd humanity into a brighter future. Their might is unchecked, their zeal unrelenting. Via strength of arms, they will stop at nothing to protect the human race from the mutant, the machine, and if necessary: mankind, themselves.

This new dawn began with twenty-four Dragoon Clans, each named from the letters of the ancient Greek alphabet, who would eventually dwindle down to one: the Alpha Clan. After centuries of conflict and war, the Alpha Clan asserted itself as the pinnacle of Dragoon achievement, living up to its namesake and seeking further domination.

To challenge the Dragoons is to know destruction and to challenge the zaibatsu is to know poverty. For a human trapped in this web of violence, the only chance at freedom is forging their own path as a freelancer. A hired gun, milking the world for whatever they can reap before they meet a violent end.

And there are whispers of sentient machines who rule across the sea. Treacherous lies that will see the world burn again.